Toilets are an essential part of virtually every single person’s life here in the United States. Without toilets, we would be forced to revert back to a time of ancient plumbing, or worse, diapers! Since toilets are so engrossed in the luxury of modern living, we hardly ever think about them until they need to be cleaned or repaired.

However, there is one universal toilet question that thousands of people want to know. And it has to do with that mysterious gap in the front of the seat. You’ve seen them before if you’ve ever used a public restroom: the U-shaped toilet seat. Continue reading to learn some silly facts about these kinds of toilet seats, and finally end the urgency to solve this trivial mystery!

As you have probably already figured out at this point, U-shaped toilet seats are mostly seen in public restrooms. If you look in your own private bathroom at home, you will notice that your seat is a full oval. So what’s the difference? Well, let’s take a look at what the 1955 American Standard National Plumbing Code (ASNPC) has to say about it:

“Water closets shall be equipped with seats of smooth non-absorbent material. All seats of water closets provided for public use shall be of the open-front type.”

Furthermore, a global industry guideline called the Uniform Plumbing Code, which was created by the International Association of Plumbing and Mechanical Officials (IAPM), outdated the American Standard National Plumbing Code in 1973, and has since imposed open-front toilet seats for public restrooms.

These plumbing codes are not necessarily enforced by law, but they are industry-accepted standards adopted by many municipalities. These municipalities often write the UPC into their own local codes. So is the answer to the question plumbing codes? Well, a little. The real answer lies in the reason why they are part of public plumbing code.

You see, U-shaped toilet seats were originally designed with the Ladies in mind. The gap in the front of the seat made procedure and cleanup easier for women. This design gave ladies more access and allowed them to use the toilet without risk of touching the porcelain. It is important to understand that these are the most popular and accepted theories to this toilet seat riddle. There are several other theories as well. So now it is up to you to make your own! 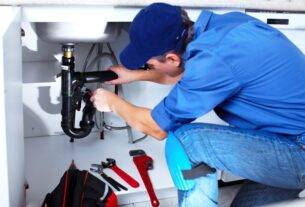 Factors to Consider when Choosing a Plumbing Service

Three Ways To Find An Emergency Plumber Near Me

What Master Plumbers Know And You Should Too

No comments to show.